What To Eat To Improve Your Mood, Why Pets Are Good For Your Health & More

If you have pets, you probably already know about their ability to ease your anxiety and, in the case of dogs, how they insist you get out in the fresh air for exercise. Now it turns out that all the dirt they drag back into the house after you take them for a walk could also help your health. According to a recent New York Times article, Are Pets the New Probiotic?, the beneficial microbes pets expose us to might help stave off autoimmune illnesses like allergies and asthma, especially in children who are around animals from a young age. Reward your pooch for helping your family’s micro biome by boning up (get it?) on The Best Healthy and Natural Dog Foods.

The Best Food for a Good Mood

There’s plenty of anecdotal evidence that what we eat can affect how we feel, not just physically but also emotionally. And there’s a growing body of scientific evidence to back up those gut feelings about the relationship between diet quality and problems like anxiety and depression, according to an article titled Connecting Food and Your Mood in the June 2017 issue of Tufts Health & Nutrition Letter.

“Observational studies show that healthy eating patterns that include plenty of nutrient-rich plant foods, such as vegetables, fruits and whole grains, and omega-3-rich foods, such as salmon and flax seeds, are associated with decreased risk of depression and anxiety,” says Tufts. “On the other hand, a Western-style diet — rich in foods high in refined carbohydrates (sugar and white flour), highly processed foods and sugary beverages — is associated with increased risk of depression and anxiety.” The article also drew attention to the ‘SMILES’ Trial, which we covered in a previous Sound Bites. That study found improved mood for participants who followed a modified Mediterranean Diet or “Modi-Med Diet.” Want more on food and mood? Read about how turmeric may fight depression, the benefits of saffron, and how foods can ease anxiety, plus get eating tips from a psychiatrist.

Have You Had Your Chocolate Dose Today? 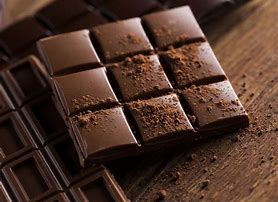 Time for a few squares of dark chocolate… In the last edition of Sound Bites, we reported that eating chocolate might reduce the risk for developing an irregular heartbeat. Now comes news that regular cocoa consumption could reduce the risk of heart disease in postmenopausal women, according to findings published in Clinical Investigations in Aging. Not yet postmenopausal? There are plenty of other reasons to eat chocolate, which has been linked to improved mood and sex drive, in addition to heart health. Oh yeah, and it’s delicious…

Yogurt has spent a lot of time in the spotlight over the past few years, thanks to a growing body of scientific evidence about its health benefits (it’s a great source of calcium, vitamin D, and protein, but its immunity and gut health boosting probiotics get most of the buzz).

Now a few new studies have underscored yogurt’s healing powers: One, published in Nutrients, explores the immunity-bolstering ability of dairy yogurt containing particular strains of bacteria, while another, published in Osteoporosis International, touts yogurt for stronger bones. And a review of the benefits of yogurt and other fermented foods led by researchers at the University of Nebraska and the University of California, found that “scores of studies have shown foods like yogurt, sauerkraut and miso are associated with lower rates of diabetes, gastrointestinal disorders, heart disease and other ailments.” Ready for a bowl of the good stuff? Learn How to Make Yogurt yourself and get recipes for different varieties, including dairy, almond, and coconut yogurt.

A high fiber diet might help reduce the risk for knee osteoarthritis, according to a new report in the Annals of Rheumatic Diseases. The same publication has a report on a study that found pharmaceutical grade chondroitin sulfate (a popular supplement) was as effective as the nonsteroidal anti-inflammatory drug celecoxib (Celebrex) in reducing pain and improving function in patients with symptomatic knee osteoarthritis. While you should check with your doctor before starting any new supplements, upping your fiber intake is probably a good idea no matter what — eating plenty of fiber has been linked to better heart and gut health, as well as reduced cravings for unhealthy foods, and most Americans fall short on the nutrient.

Hungry for more? Check out the latest health news.

Bio: Megan O. Steintrager holds a master’s in journalism from New York University and has been an editor and writer for Epicurious, Gourmet.com, TODAY, Food Network Magazine, and Zagat, among other outlets.