WHY MILLENNIALS CRAVE FEEDBACK IN THE WORKPLACE 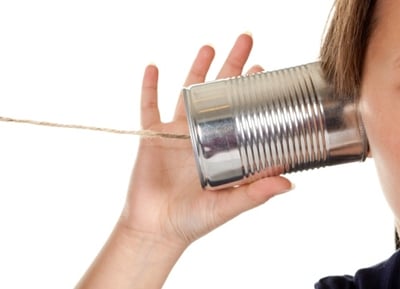 Millennials have grown up in an instant-access feedback cycle of the Internet and social media. This culture has bled into their working lives, where they seek quick and consistent feedback from their supervisors — far, far more than any generation that has come before.

According to our research and Ultimate Software:

Understanding this millennial psychology is a key step toward keeping them happy and engaged in your company. To do that, you have to see why they crave this constant feedback.

Remember that millennials entered the workforce in a time of great uncertainty. The recession brutalized hopes of a strong career, and there were few jobs (and little money) to be had. In a psychological study published by Emerald Insight, two psychologists studied 1.4 million college students from 1938 until today’s millennials. While millennials had more self-esteem, they also had more anxiety than ever before. Hence the desire to be aware of how they are performing every step of the way.

Despite the negative stereotypes about the “me, me, me” generation, millennials wanting constant feedback does not mean they want constant praise. In the Internet age of instant feedback, millennials are habitually attuned to this regular back-and-forth of feedback. Whereas older generations might see requiring this attention as somewhat confrontational, millennials see it as standard. They’re looking for how to improve, what they’re doing well, and constructive criticism, not constant applause.

Millennials want their work to mean something. They aren’t punching in and out of work for the hourly rate; they’re hoping to matter and to contribute to overall organizational goals. They want to believe in their work and the company values.

Accordingto Harvard Business Review, 40% of millennials said being a leader was “very important” at their jobs. And they’re willing to work for it, as 42% of North American millennials would work longer hours if it speeds up career progress. But it’s not for the paycheck — employees reported that empowerment was most important.

In this case, the feedback is a “check-in” to ensure their manager is on the same page as they are. They need transparency into not only their progress but how that progress is affecting the company goals as a whole.

This Isn’t Your Traditional Manager

In millennial minds, managers aren’t just bosses; they’re coaches. They’re not just there to give out the paycheck. Managers are a key element to helping their personal and professional development. When that Emerald Insight psychological study looked into the qualities millennials felt they needed in a manager, the picture wasn’t your traditional manager.

According to HBR, millennials wanted to be inspired by their managers. Millennials have a craving to latch onto causes and missions, and they see a manager as the person to push them to succeed there.

Millennials in the workplace also picture an ideal manager as authentic and approachable. They’re not the baby boomer generation; they are not satisfied with traditional, red-tape laden, bureaucratic hierarchies in the workplace. That feedback should come in an approachable way, from a manager that cares.

Despite the stereotypes, millennials’ desire for feedback isn’t just about narcissism. Job anxiety and an instant-gratification culture have shaped their need for a coach-like manager to support them along the way.